So as if I haven’t already bared my soul enough, here is a little more insight of what I struggle with.  My heart has been so heavy since my marriage ended when I think about my 2 youngest daughters – adopted from China.  Those precious babies that I am so blessed to have in my life but yet I have felt that I did them such a disservice adopting them and bringing them into our family.  With the chaos of the divorce my mind has told me that inevitably there was another beautiful family standing in line behind us that would have gladly adopted them and provided them a beautiful life with an INTACT family.  Its guilt talking as I feel terrible that they are now thrust into the complicated land of divorced children, dealing with issues I wanted to save them from.  Its something I never wanted for them.

BUT!  there is always a but in my stories…..

I recently read a book about adoption called Chosen for Greatness.  It highlighted prominent people from history that were adopted such as Steve Jobs, Nancy Reagan, Nelson Mandela, Scott Hamilton, Dave Thomas and the list continues.  All of these people accomplished great things in their lives.  The book highlights their accomplishments and the stories of their adoptions.  One thing they all have in common though is that they didn’t have this shiny story of being a baby adopted at birth and going home to the “Beaver Cleaver” Household where everything was rainbows and unicorns until the time that they accomplished great things.  That was not the resounding theme of their life stories.  It was quite the opposite.  It was through the beautiful trauma of adoption that they found strength and the tenacity to succeed.  The people that GOD so eloquently positioned in their lives at different times – and not just their adoptive parents.  Friends, other families members, mentors, teachers, coaches, etc that shaped who they were and opened the doors of possibilities of who they each would become.

What does this have to do with my story – my girls?  Well, it changed my thinking.  I always knew that GOD did not place my girls in my life by chance.  The sadness I felt because what I wanted to give them was destroyed by Divorce washed away when I realized that – its not because these notable adoptees had a charmed life – it was the struggle – it was the people that came into their lives because of their circumstances that made the difference – that propelled them to greatness.  And I look around at the village of people that are in my girls lives that impact them every day .  The BIGS, my network of friends, my parents and extended family, teachers, coaches, etc.  And I think of all the people we haven’t yet met but will, in the course of their lifetime.  People that will also impact them and propel them to their GREATNESS!  Again another picture of Beauty from Ashes…. 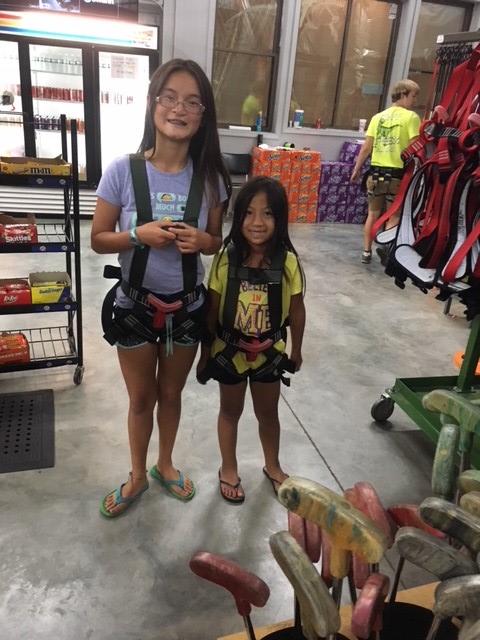 One thought on “Chosen for Greatness”